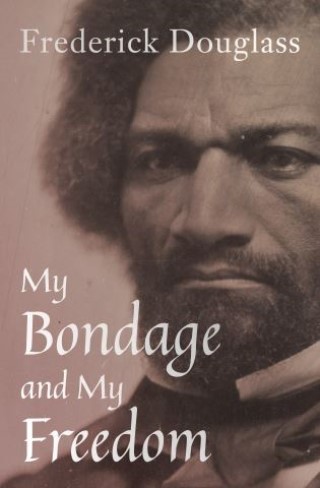 My Bondage and My Freedom

The abolitionist author presents profound insight on the meaning of race and freedom in America in this memoir of slavery, escape, and reinvention.

One of the most important figures in the American civil rights movement, Frederick Douglass was a major influence on social and political thought in the nineteenth century. His autobiographical writings were a powerful vehicle for his philosophy of human equality.

Written ten years after his legal emancipation in 1846, My Bondage and My Freedom recounts Douglass’s journey—intellectual, spiritual, and geographical—from life as a slave under various masters, and his many plots and attempts at escape, to his liberation, time as a fugitive, and new life as a prominent abolitionist. Expanding on his earlier work Narrative of the Life of Frederick Douglass, this later memoir illuminates Douglass’s maturation as a writer and thinker.

Frederick Douglass:
Frederick Douglass (1818–1895) was an American orator, author, and leader of the abolitionist movement. Born a slave in Maryland, Douglass successfully escaped in 1838 by boarding a train headed north. As a free man, he published several autobiographical works detailing his experiences in slavery. Narrative of the Life of Frederick Douglass is widely considered to be the finest example of a slave narrative. Douglass became the first African American to hold a high government rank, serving as minister-resident and consul general to the Republic of Haiti.